Arsenic in My Rice?! 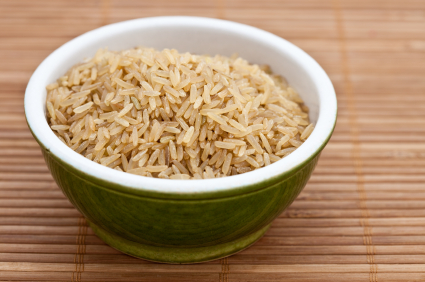 The U.S. Food and Drug Administration and Consumer Reports released studies showing “worrisome” levels of cancer-causing arsenic in many popular rices and rice products. The FDA did not advise a cap on rice consumption, but it plans to do further testing by the end of the year. Many doctors have called for limiting rice consumption, especially for children. Consumer Reports suggested capping weekly rice servings to less than a cup of cooked rice for kids and about one and one-half cups of cooked rice for adults.

As with anything, moderation is probably the best advice.

But eating rice in moderation is more difficult for those who traditionally eat rice as a staple and those who use rice and rice products (i.e., rice milk) as a substitute because they have a gluten-intolerance or dairy allergy.

What should rice eaters do?

1. Trying eating a substitute grain, such as quinoa or millet, instead of rice

2. If you do eat rice, eat it in moderation and rinse it thoroughly

4. If you eat rice, choose an aromatic rice; according to test results, aromatic rice varieties show the lowest levels of inorganic arsenic (such as imported basmati or jasmine rice)

5. Consider limiting brown rice consumption. From a nutritional standpoint, brown rice is better, but because its bran remains intact, it can also hold higher levels of arsenic, according to test results

6. Choose organic rice – it has been shown to have lower levels of arsenic than inorganic rice