When you think about All-American desserts, the first one that probably pops into your head is apple pie. The phrase “As American as apple pie” became popular around the 1920’s when people referred to the home-making abilities of President Herbert Hoover’s wife. While apple pie is not originally an American dessert – but rather a British one – we have sure adopted this dessert as our own.

According to the American Pie Council (yes that’s a real thing), Americans consume $700 million worth of apple pies a year! That’s not including apple pies that people bake at home or that are served in restaurants. So yes, we like our apple pie!

Like most Americans, I like apple pie too but the crust is always what makes me feel a little guilty for eating it – so many carbs from refined flour! That’s why I wanted to make your 4th of July a little more guilt-free by sharing this gluten-free apple pie recipe with you. Not only does this recipe cut the carbs, but it uses coconut sugar instead of granulated sugar.

Ready to try this natural sweetener in your apple pie this year and a healthier, lower-carb crust? 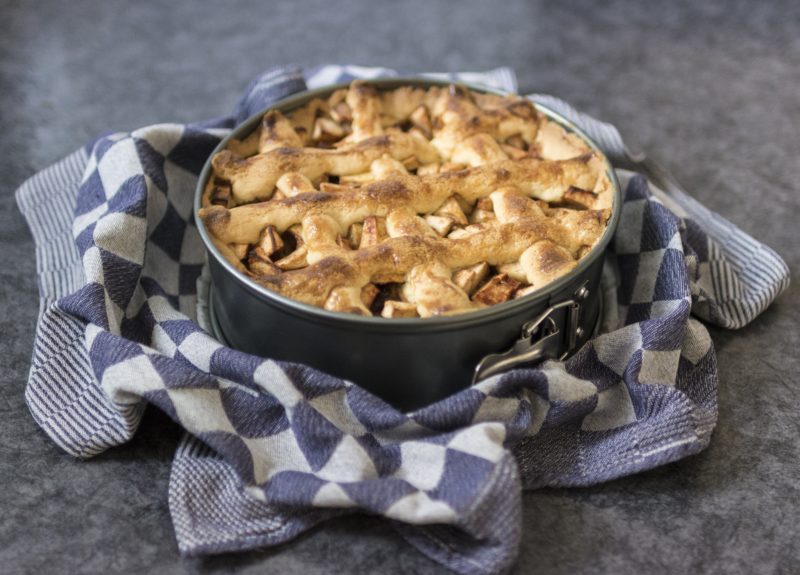 Looking for more healthy  4th of July recipes? Check out our Bratwurst Sliders with Citrus Slaw!