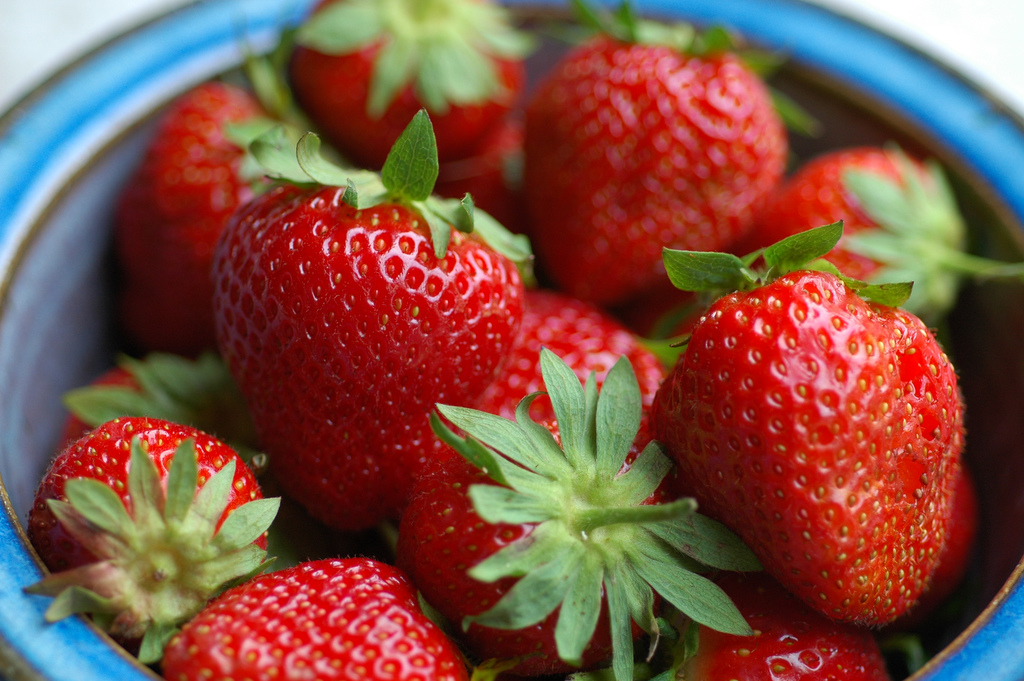 Is your favorite produce on “The Dirty Dozen” list? Find out in this blog post and also find out what produce is worth buying organic!

This blog post is based on research done by The Environmental Working Group. Each year they single out produce that have the highest and lowest pesticide levels and they create a “Shopper’s Guide to Pesticides in Produce” based on their findings.

The EWG found that nearly two-thirds of the 3,015 produce tested by the U.S. Department of Agriculture in 2013 contained pesticides. These pesticides even persisted when washed and even in some cases, when they were peeled.

This year, the “Dirty Dozen” included:

The Dirty Dozen is based on produce with the highest levels of pesticides. 99% of apple samples, 98% of peaches and 97% of nectarines tested positive for at least one pesticide.

The average potato had more pesticides by weight than any other produce.

For the third year, this list has expanded to “Dirty Dozen PLUS” which includes leafy greens-kale and collard greens-and hot peppers. They don’t meet the same criteria as the Dirty Dozen, but they contain trace amounts of highly hazardous pesticides that are damaging to the human nervous system.

The EWG recommends buying the organic version of all of the produce listed above. Buying organic might cost a little bit more, but in the long run you are preventing health issues that might cost you even more in hospital bills.

If you’re on a tight budget, try this DIY method of cleaning your produce: How to Clean Produce