What’s the Big Deal with Bison? 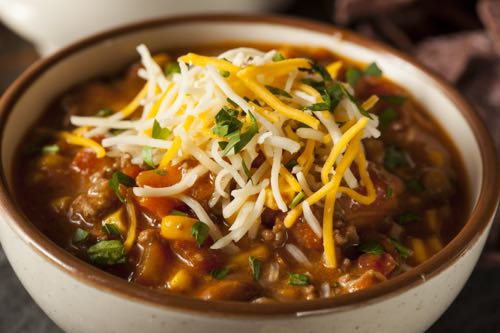 As a chef, my clients seem to ask me this every week. There are a growing number of people that have intolerance via food sensitivity testing to beef or choosing not to eat because they feel there are other healthier choices than beef. Bison was almost extinct a century ago but is making a comeback in a huge way. Bison is a great alternative to beef and even other healthier forms of protein like chicken. Bison comes in all the same forms that traditional beef does but is a bit more expensive because there is less of it and costs more to produce.  Bison’s popularity is exploding and it is not longer only found in specialty shops and meat markets. It can be widely found in just about any store.

Like beef, bison is an excellent source of  iron, zinc, certain B vitamins to include vitamin B12 and niacin. All the cuts of bison are low in calories and only a gram or 2 of saturated fat above chicken and salmon. It contains as much Omega3 as salmon. It contains the highest-know levels of the fat-blocker and anti-carcinogen, CLA (conjugated linolaic acid). CLA has the potential to reduce the risk of cancer, obesity, diabetes, and a number of immune disorders. It also has high concentrations of selenium, a natural trace element that acts as a mood elevator.  Once source described bison as “The original “happy meal”. Bison fits the dietary recommendations of the American Heart and American Diabetes associations. Grass-fed Bison contains four times the amount of vitamin E found in grain fed beef. It is also a rich source of the vitamin beta-carotene, a vital antioxidant that reduces the risk of cancer by preventing cell degeneration. The nature of their muscle fiber makes them leaner than traditional beef. The huge difference between bison and other forms of meat are bison are handled as little as possible. They spend their lives on grass, much as they always have. They are not subjected to questionable drugs, chemicals or hormones.

The key to bison since it has such little fat is to watch it closing when cooking because it can dry out quickly. If you are wondering if bison has a strong gamey taste, the answer is no. I have heard only a few clients state that they did not like the taste but for the most part it has been well received every time.  Bison can be substituted in any recipe that calls for beef.  With cooler weather everyone is pulling out their favorite chili recipes. Try substituting ground bison for ground beef or chili meat in your favorite chili recipe.

Heat a large Dutch oven or pot over high heat. When the pot is very hot, add bison and brown it, stirring often for 5 minutes. Add onion and carrot, and cook, until both begin to soften, about 5 minutes. Add 1/2 cup water to deglaze the pan, scraping brown bits from the bottom of the pan as the water evaporates.

Add cauliflower, bell pepper and garlic and cook until vegetables begin to soften, about 5 minutes. Add cumin, chili powder, vinegar, tomatoes and beans along with 1 cup water. Bring to a boil; reduce to a simmer, cover and cook, stirring occasionally, until vegetables are fork tender, about 45 minutes.
Serve garnished with chopped cilantro.