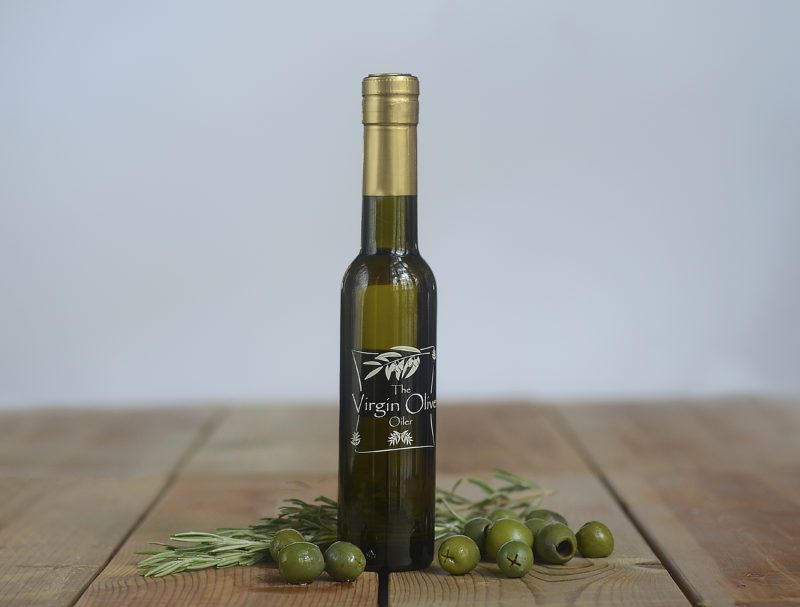 Olive oil has been used for centuries for its health and beauty benefits and rich flavor. In ancient Greece, the people even saw this oil as sacred and even lathered themselves in it.

Today, not much has changed as many studies continue to show the health benefits of extra virgin olive oil and many health professionals encourage using olive oil for heart healthy cooking.

Olive oil contains monounsaturated fat which is considered a healthy dietary fat as opposed to saturated or trans fats found in canola or vegetable oil.

At Savor we only use olive oil in our cooking because of its superior taste and our desire to put our clients’ health first.

For some time, we have been on the hunt to find the best quality olive oil to enhance the taste of our meals and make sure our clients are able to enjoy the full health benefits that come from pure, unadulterated extra virgin olive oil. That’s when we discovered The Virgin Olive Oiler here in Fort Worth, TX.

Charles Flach, the owner of The Virgin Olive Oiler sat down with us and told us a little bit more about his extra virgin olive oils and what makes them so much better than the olive oil you find at the store.

Before he opened The Virgin Olive Oiler back in 2011, Charles worked in restaurants as a chef for over 20 years. One day he came across an olive oil store, and was immediately drawn to the steel tanks in the windows.

He went inside and met with the owner where he educated Charles on pure extra virgin olive oil and he walked away with a handful of goodies to take home and study.

After 13 years, he decided to leave the restaurant business and pursue his love for olive oil and open The Virgin Olive Oiler located at 416 Commerce St. in Sundance Square, a location he just moved to at the end of last year.

Now, Charles is excited to offer his own selection of extra virgin olive oils, infused oils, vinegars and other complimentary products too.

Charles says that he carries a selection of up to 70 varieties of olive oil and balsamic vinegars from countries like Chile, Australia, Uruguay, Argentina, Italy, Greece, and Spain to name a few.

In fact, his store has one of the largest selections in the country – isn’t that incredible?

When looking at olive oils for his store, Charles says he looks for oils that are non-GMO and pressed the same day that they are harvested. He says that after a year, extra virgin olive oil is no longer considered fresh, so he only looks for the freshest olive oils, unlike what we typically find at the grocery store.

He pointed out that most extra virgin olive oil found at supermarkets are not usually the real deal. After doing a lot of research, he noticed that many of the oils at the grocery store are 2 years old and are often blends of different olive oils or blended with cheaper oils like sunflower or canola oils. He also noted that many olive oils are not stored properly, compromising the freshness, health, and taste.

He says you know that it’s not the real thing if it tastes musky or dirty. You wouldn’t imagine drinking that olive oil, but the olive oils he sells are pure enough to actually drink.

That’s exactly how his customers try out his olive oils. When someone comes into the store, he has them take a little olive oil “shot.” He says the key is to slurping loud so that it fully coats your palate and you can taste all of the flavor nuances.

We have gone into the store on several occasions ourselves and we were surprised at how good they tasted just on their own!

One of his most popular olive oils and one of our personal favorites is the Tuscan Herb which he says is infused with oregano and garlic.

Most of his customers like to use these infused oils for salad dressings, glazes, marinades and sauces.

Charles says he even uses some of his balsamic vinegars on his oatmeal or pancakes because the sweeter varieties go perfectly! Some of the sweeter flavors include his raspberry balsamic.

He said that it’s even great to pair the olive oils with the balsamic vinegar. One of his favorite combinations is pairing Eureka Lemon Agrumato olive oil with his black currant balsamic. We might have to try that ourselves!

The extra virgin olive oils he offers are seasonal so they change every 6 months. Right now, Charles says that he is offering oils from the Southern Hemisphere like Chile and Australia, but he will be offering Northern Hemisphere oils from European countries and California starting in the Winter season.

How should you cook with olive oil? Charles says that one of his tips is to always heat the pan with the olive oil, versus heating up the pan before. The reason why he suggests this is to avoid carcinogens and reaching the smoke point.

After our talk with Charles and being able to taste all of his great products, we could tell they were incredibly high quality and that our clients HAD to have these.

We are excited to be officially partnering with The Virgin Olive Oiler olive oils! We can’t wait for you guys to experience these olive oils for yourself and see how different they are from the ones you get at the store. They are going to bring rich, incredible flavor to your dishes that you never thought possible!

Interested in starting a personal chef service? From now until August 31, get 25% off your service. Get started by filling out a food questionnaire!

Want to learn more about these oils that we will be using in our meals? Check out The Virgin Olive Oiler website.